Coronavirus – All You Need To Know

Authorities in China have imposed indefinite travel restrictions on tens of millions of people .across 11 cities in an unprecedented effort to contain the spread. as hospitals at the epicenter of the outbreak struggle to handle a surge in new patients.

The virus, which was first discovered in the city of Wuhan in December. This virus spread to every province in China, except the remote autonomous regions of Qinghai and Tibet.

Another 180 cases of the virus were confirmed in Hubei, said the provincial health authority. This raises the total number of confirmed Wuhan coronavirus cases to more than 1,200 in mainland China.

The weeklong Lunar New Year holiday, which began Friday. This led to concerns that the outbreak could quickly accelerate, as hundreds of millions of people travel across the country to visit friends and relatives.

Announcement Of Lockdown In Entire Nation Due To Corona Pandemic

Wuhan, the largest and most populous city in central China, was placed under lockdown. Thursday, while public transport has been suspended in 10 neighboring cities. Numerous other measures and restrictions on public gatherings have also been implemented in the region. More than 30 million people could be affected.

Scientists are working to develop a vaccine capable of stopping the spread of a mysterious new coronavirus that has infected thousands of people, mostly in China.

Government scientists in China, the United States, and Australia, as well as those working at Johnson & Johnson, Moderna Therapeutics, and Inovio Pharmaceuticals, are all working quickly to develop a vaccine.

The hunt began Jan. 10 when Chinese scientists posted the genetic makeup of the virus on a public database. The next morning, researchers at the National Institutes of Health’s Vaccine Research Center in Maryland went to work. Within hours, they had pinpointed the parts of the genetic code that could be used to make a vaccine.

Historically, vaccines have been one of the greatest public health tools to prevent disease. But even as technology, genomics, and global coordination have all improved. Allowing researchers to move at top speed, vaccine development remains an expensive and risky process.

Hong Kong’s leader, Carrie Lam, announced a range of measures to limit the spread of the coronavirus yesterday — but for some local medical workers, it’s not enough.

“The government should fully prevent all non-crucial and unnecessary passengers flow from China to Hong Kong.

The government said HAEA in a statement, adding that there was still “a considerable distance from our goal of full-scale preventive measures.” 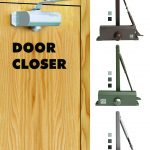 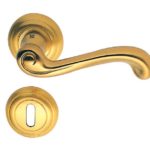